Nigel Douglas McKenzie Denver (because his mother thought he'd be a surgeon) was born in Glasgow on Deecember 15, 1938, the second child and only son of Joanne and Tom Denver. He lived in a tenement in the Queens Park area of Glasgow, but spend most of the war years and his school holidays with his mothers family in Scourie, a village in the far North West of Scotland. Back in Glasgow Nigel passed his qualies and attended Allan Glens School. 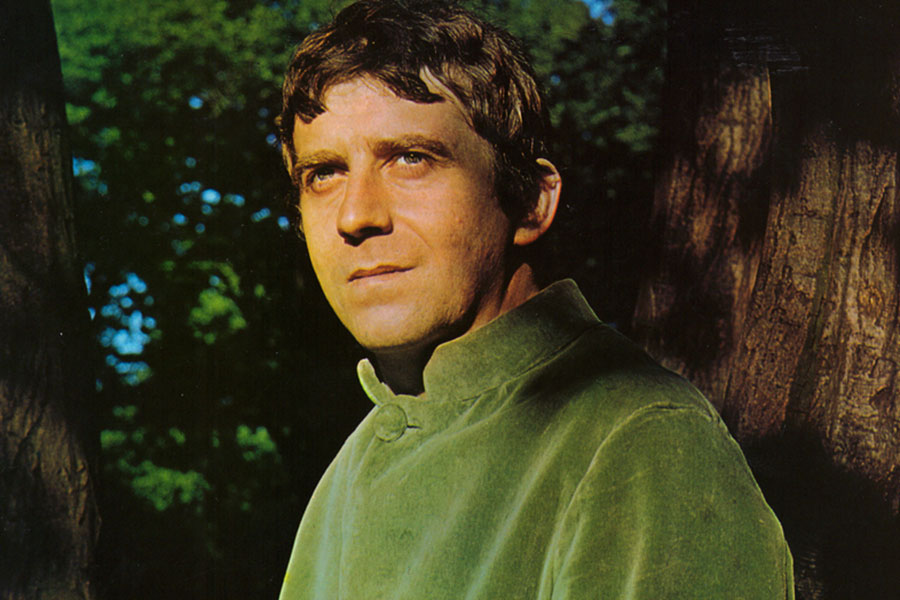 He played Rugby for the school and was cox of the rowing team, but his first love was music, and he also sang in the Allan Glen's Skiffle Group which did very well in the Carroll Levis talent show at the Glasgow Empire.

Wanting his independence and money in his pocket, Nigel left school to take up work in a clothing warehouse. In 1958 he was called up for National Service in the Royal Air Force doing his basic training in Bridgnorth, Shropshire. If Nigel had hoped for a glamorous posting overseas, his dreams were soon dashed when he was found himself in the Shetlands five women, 5000 sheep and 1000 ponies. He worked on radar, and as ironic as it may seem, if the four-minute warning had ever come, Nigel would probably have been the first person to know about it. Even in these barren but beautiful surroundings the music continued. Nigel performed with the camp dance band, which was regularly called upon to play in the officers mess. This excused Nigel from duty on many occasions.

Nigel's mentor was Morris Blytheman who had been his French teacher at school, and who had introduced Nigel to Scottish politics, and folk music. On Nigel's discharge from the RAF he was often a visitor at Morris and Marion Blytheman's house in Glasgow, and it was here that he met Josh McRae, Ian Wade, Hamish Henderson, Jackie O'Connor and Jim McLean, and where the Glasgow Eskimos came into being. In 1961 there were large demonstrations against the American Polaris nuclear submarine base being established at Holy Loch.

An armada of canoeists made an attempt to board the submarine depot ship Proteus, but were repulsed when the United States Navy turned their fire hoses on them. On shore, forty-one demonstrators were arrested. It is believed that when Captain Lanin of the Proteus was asked what he thought of the demonstrations, he replied with words to the effect that the Glasgow people are a shower of Eskimos, and so the name of the group was decided.

The songs were written in collaboration, although mostly by Jim McLean, Morris Blytheman and Hamish Henderson. The tunes chosen were ones which the Americans would easily recognise, for example Marching Thru Georgia became We Are the Eskimos. The LP Ding Dong Dollar was recorded on a Ferrograph reel to reel recorder in Morris and Marion's home. Nigel was not involved in the negotiations with Folkways of America who produced the record, but Peter Seeger and Ewan McColl were directors of the record company.

The Eskimos played at subsequent demonstrations from the back of a lorry, as can be seen from the cover of the album. Nigel and Josh participated in two Aldermaston marches, and numerous other Campaign for Nuclear Disarmament rallies, but such was the quality of the public address systems in those days, only the first ten rows of people would have heard a word of the speeches or the songs. However, Ding Dong Dollar sold well at the demonstrations.

In the early sixties, the Campaign for Nuclear Disarmament held a rally at the Royal Albert Hall in London, where the speakers included J.B. Priestley, and Canon Collins, with music provided by The Albert's later to become The Temperance Seven, and of course Josh and Nigel of The Glasgow Eskimos. There were around 5000 thousand people in the audience.

In 1998, the late Paul Foot wrote the following in a letter to me,

All my memories of his singing and his resistance to nuclear weapons are warm and wonderful. We all believed then that things could only  get better, and had no premonition about Thatcher (or Blair), so we were carefree. A lot of young hopefuls of those days have dropped out, but not Nigel.

How right he was, only a few years later I was standing in the mud in Hyde Park with Nigel, surrounded by a million or so British people desperately trying to convince Tony Blair and George Bush not to invade Iraq.

In 1961 Nigel and Jim McLean went to Europe. They hitchhiked their way through several countries, busking for funds. Both wore kilts, Nigel played guitar and sang, and Jim played bagpipes. They also took jobs, as tree grafters in Denmark, and road builders in Germany. Nigel return home for a while and then went back to Germany for a further five months in 1962 when he was employed by the US Army as an entertainer. He worked on the base at Garmisch - Partenkirchen along with Julie Felix amongst others.

By this time Nigel was permanently based in London and often performed at the Troubadour before becoming one of the regular comperes alongside Martin Carthy. Bob Dylan arrived in London in around 1964 and it is well documented elsewhere that Nigel and Dylan did not hit it off. It is true that they did heckle each other, and Nigel at least once refused to let Dylan sing when he was compering. Nigel wrote an article for the magazine Folk Music, edited by Karl Dallas, in which he harshly criticised Dylan for using traditional tunes in his songs, but not attributing them as such, and to put it mildly, Dylan was not well pleased. Since then Nigel has come to admire some of Dylan's work, and quotes as an example The Lonesome Death of Hattie Carroll. Another young singer who was in London at the time was Paul Simon, who Nigel did like. He remembers Paul Simon standing on a table top to perform.

Nigel had been contracted to Decca by now, who released him to Major Minor for two albums. Jim McLean wrote many of the songs which Nigel recorded particularly for Borderline, Folk Old and New, and of course Scottish Republican Songs. Jim's wife to be, Alison, was the photographer for Borderline and Wearing of the Green album sleeves. Nigel was photographed for Borderline in Highgate Wood, North London.

In the early sixties, along with Arnold Wesker the playwright, Peggy Seeger, Ewan McColl, The McPeake Family of Belfast and the Campbells, Nigel toured six venues throughout England for Centre 42, a trade union movement educational project. He also appeared at the Edinburgh Festival with Dominic Behan, an event which later transferred to the Prince of Wales Theatre in Londons West End.

In 1965 The Co-operative Society asked Nigel to manage a Folk Club and so with his wife and young sons, he left London to set up a new home in Lincoln. Nigel booked many of the contemporary folk singers. He was voted star of the Cambridge Festival in 1967. Nigel left Lincoln in 1968 to live briefly in Newcastle, before moving to Birmingham in 1969.

In Birmingham Nigel took a permanent booking as a Court Jester (or master of ceremonies) at Medieval Banquets which were a popular form of entertainment at the time, and in 1977 set up a regular Session in Birmingham with Ian and Lorna Campbell. After the Campbells moved on, Nigel continued the session for a further twenty five years. He had an ever changing band over the years, as musicians drifted in and out of the area. His guest performers included, Billy Connolly, The Dubliners, Hamish Imlach amongst others.

Nigel has now pronounced himself retired, although he is still in fine voice, and can usually be persuaded to do fund raisers, and parties. He has travelled more in the last few years than he ever did whilst performing having been twice to Australia, and to California and Mexico. I know he has plans to do more travelling in the future, so if he turns up in a bar near you, come over and say Hello because in the words of the song, He's a man you won't meet every day.