I first met Josh at Morris Blythemans house. Morris had invited Lonnie Donegan, and as I was playing skiffle then, Morris wanted me to meet him. I would have been around fifteen or sixteen, and Josh would probably have been in his early twenties. Josh was a fanatical Woodie Guthrie fan, and introduced me and others to his music.

Josh had done his National Service in the Army during which time he recorded The Talking Army Blues which made it into the English Hit Parade. Whilst in the Army Josh met Tony Hatch who wrote Messing About on the River which Josh later recorded and which became a big hit.

One memory I have is that as a result of the anti-Polaris demonstrations, and the Glasgow Eskimos, Josh and I met the Cuban consul in Glasgow and were invited back to the consulate, where we both got very drunk indeed on Cuban Bacardi and American Coke. 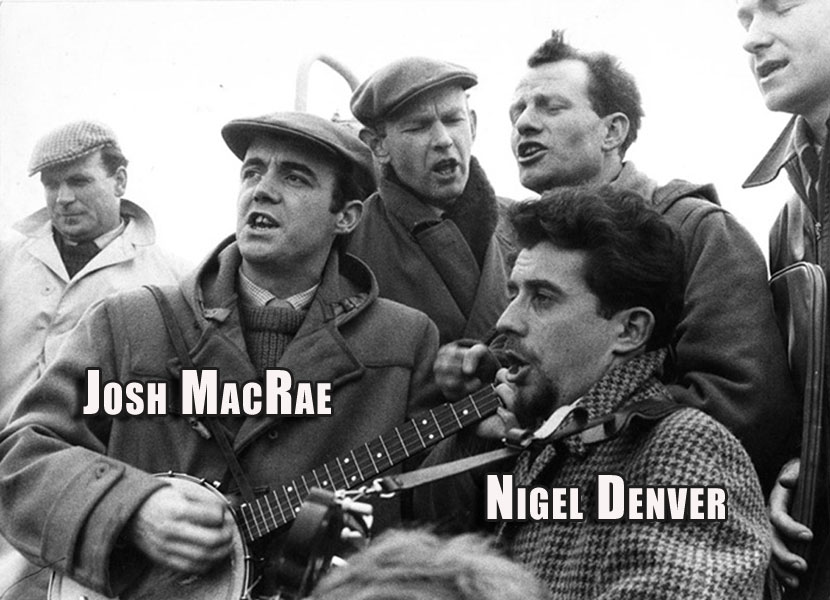 Josh was a staunch Republican and refused to join the exodus to London. When I left Glasgow he was teaching art. The next time I met up with him was in Fife when I was on tour. After that I lost contact with him and was devastated to hear that he had taken his own life.

Some years later Josh's son Joady got in touch with me, but sadly I am no longer in touch. Josh named his son after Tom Joad the Oki from the dustbowl in the Grapes of Wrath.

As a young signer Josh and Morris were both an enormous influence on me, as was Jeannie Robertson. I have many happy memories of Josh and the following quote from Tam O Shanter (Robbie Burns) reminds me very much of Josh, Jim McLean and myself,

"His ancient, trusty, drouthy cronie:
Tam loed him like a very brither;
They had been fou for weeks thegither."