The Dublin City Ramblers began life in the mid 60's as the Jolly Tinkers, but due to the abundance of ballad groups with same name, they decided to change their name to the Quare Fellas.

At this time, the line up consisted of Patsy Watchorn, brothers Sean and Matt McGuiness and Pat Cummins. While the group recorded the two albums At Home and A Fond Tale on the CBS label, they considered themselves part-time musicians. Pat Cummins left the band sometime between the first and second CBS album and was replaced by Brendan Leeson.

In 1970, the Quare Fellas disbanded and The Dublin City Ramblers were formed, with Patsy Watchorn, Sean McGuiness, Mick Crotty and Kevin Gerahty. This line up lasted until approximately 1977.

When both Mick Crotty and Kevin Gerahty left the group, and Philip McCaffrey — fiddle, and Kevin Molloy — guitar and vocals, joined. This was to be the group's most prolific line up (releasing some 7 albums), and also (arguably) the band's most successful period. Between 1980-1987, the Ramblers scored most of their hits, beginning "The Rare Ould Times" through "Flight Of Earls".

In 1989, both Philip McCaffrey and Kevin Molloy left [1] and Paddy Sweeney (formerly of the Barleycorn) stepped in and one album resulted, Home and Away.

Shay Kavanagh joined in 1992 and this line up (Patsy, Sean, Paddy & Shay) released Recorded Live at Johnny Fox's Pub, Irish Football & Pub Songs and The Craic and Porter Black, the latter being one of their better albums — a very pleasant excursion through some of the best known Irish pub songs.

Unfortunately, The Craic … was to be Patsy Watchorn's swan song, as he left the band in 1995 to pursue a solo career. Patsy is currently a member of the Dubliners.

Sean, Paddy and Shay continued to maintain a heavy touring schedule at home and in the U.S., and released two albums, Raise The Roof and On Holy Ground. In 2002, both Paddy Sweeney and Shay Kavanagh left the group.

Since 2002 there has been a seemingly endless revolving door of new members including: Pierce McAllorum (a favorite of mine), Stephen Leeson, Derrick Keane, etc. Visit the Dublin City Ramblers "official" site for more information on the current group. 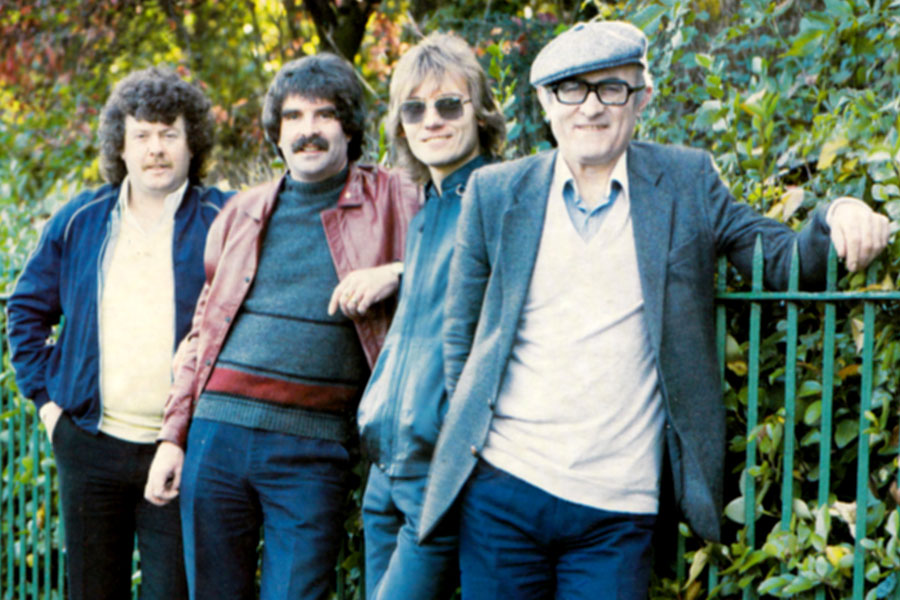