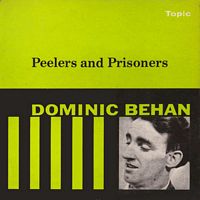 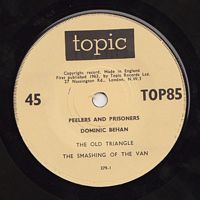 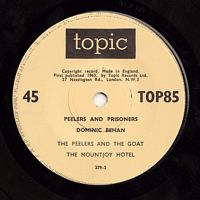 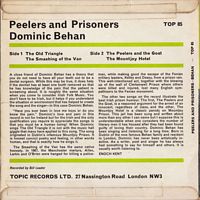 A close friend of Dominic Behan has a theory that you do not need to have all your teeth out to be a dental surgeon. While this may be true, it does help if the dentist has at least one tooth removed so that he has knowledge of the pain that the patient is screaming about. It is roughly the same situation when you come to consider Irish Folk Music. You don't have to be Irish, but it helps if you understand the situation or environment that has helped to create the song and the singer — in this case Dominic Behan.

"Have you ever been in love me boys or do you know the pain." Dominic's love and pain in this record is not for Ireland but for the Irish and the only qualification you require to appreciate the songs is that you must be a human being! When Dominic sings The Old Triangle it is not with the music hall giggle that many have applied to this song. The song originated in Dublin's infamous Mountjoy Prison. It is honest convict poetry and feeling, in other words human, and that is exactly how he sings it.

The Smashing of the Van has the same native honesty. In 1867, the Manchester martyrs, Allen, Larkin and O'Brien were hanged for killing a policeman, while making good the escape of the Fenian military leaders, Kelley and Deasy, from a prison van. This well-intentioned act, together with the blowing up of the wall of Clerkenwell Prison where others were killed and injured, lost many English sympathisers to the Fenian movement.

The other two songs on the record illustrate the best Irish prison humour. The first, The Peelers and the Goat, is a reasoned argument for the arrest of an innocent, regardless of class, and the other, The Mountjoy Hotel is a classic parody on Mountjoy Prison. This jail has been sung and written about more than any other I can name but! suppose this is understandable when one considers the number of literary men it has housed after they had been found guilty of loving their country. Dominic Behan has been singing and listening for a long time. Born in Dublin of the now famous Behan family and resident in London, Dominic has never been artistically inactive. As a writer, poet and singer he has always had something to say for himself and others. It is usually worth listening to.