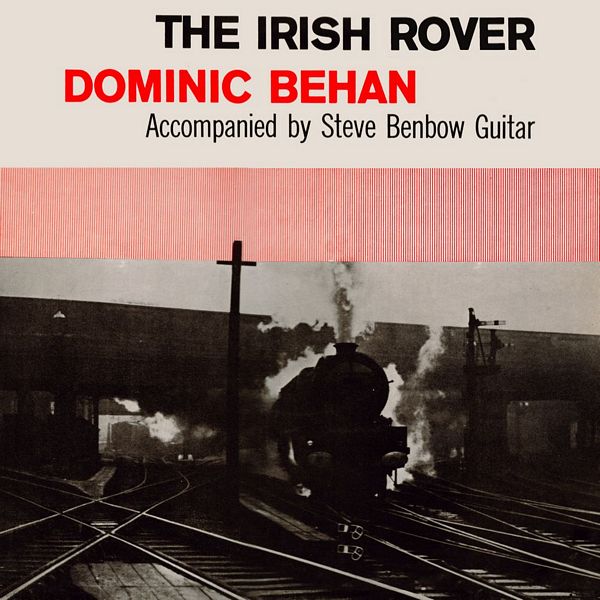 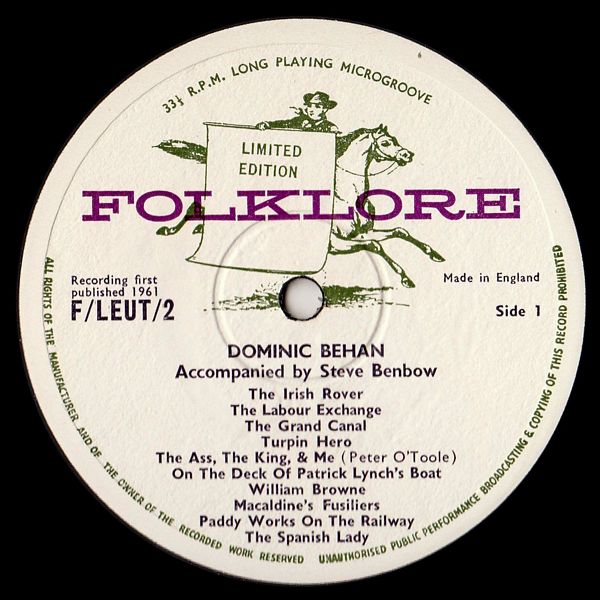 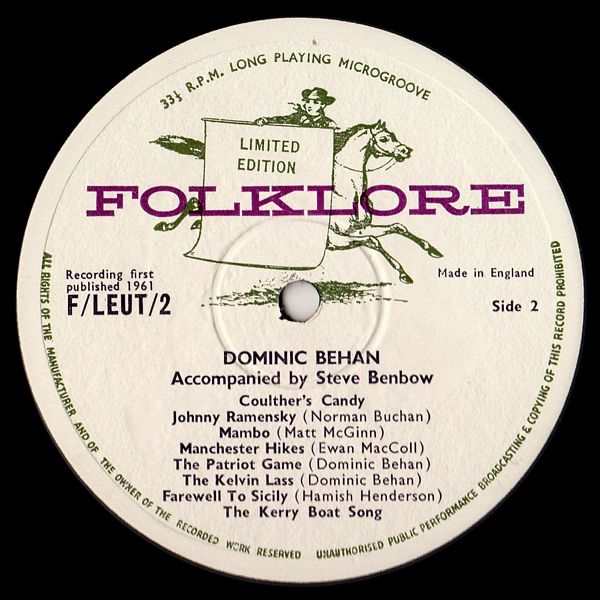 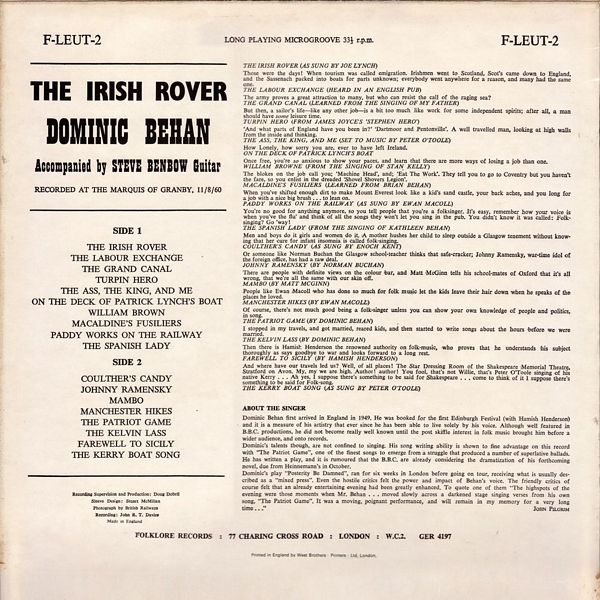 About The Singer
Dominic Behan first arrived in England in 1949. He was booked for the first Edinburgh Festival (with Hamish Henderson) and it is a measure of his artistry that ever since he has been able to live solely by his voice. Although well featured in B.B.C. productions, he did not become really well known until the post skiffle interest in folk music brought him before a wider audience, and onto records.

Dominic's talents though, are not confined to singing. His song writing ability is shown to fine advantage on this record with "The Patriot Game", one of the finest songs to emerge from a struggle that produced a number of superlative ballads. He has written a play, and it is rumoured that the B.B.C. are already considering the dramatization of his forthcoming novel due from Heinnemann's in October.

Dominic's play "Posterity Be Damned", ran for six weeks in London before going on tour, receiving what is usually described as a "mixed press". Even the hostile critics felt the power and impact of Behan's voice. The friendly critics of course felt that an already entertaining evening had been greatly enhanced. To quote one of them "The highspots of the evening were those moments when Mr. Behan…moved slowly across a darkened stage singing verses from his own song, The Patriot Game". It was a moving, poignant performance, and will remain in my memory for a very long time…