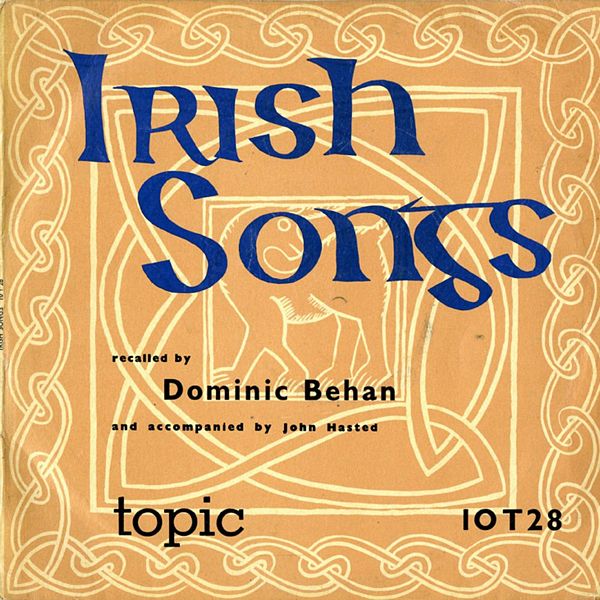 This is not a selection of traditional Irish material, but this record does give an idea of the developments in the integration of modern music hall with the ballad treatment of old ideas. It also gives an impression of the way in which the popular lyrical writers of Ireland set about writing songs which were free from the foreign influences which had been acting upon Irish songs and indeed upon Irish people.

We have five love songs: Maureen: Lagan Love; She Moves Through The Fair; Coolin and The Poor Lone Boy. One is simply didactic: Love Is Teasing. Four are pure ballads: Zoological Gardens; Maid of the Sweet Brown Knowe; The Blind Man and Poem, while The Old Triangle is the tragi-comic feelings of a Dublin prisoner.

The words of Coolin are my own, based on the song by Thomas Furlong. The Old Triangle is a song of Mountjoy Prison and was made popular in the play "The Quare Fella" by Brendan Behan of Dublin. Poem and The Blind Man I collected from Patrick Carmody of Dublin. The Zoological Gardens I got from a Mr Brown who sings it regularly in a public house in Kimmage. The rest of the songs I learned from my mother Kathleen Behan.