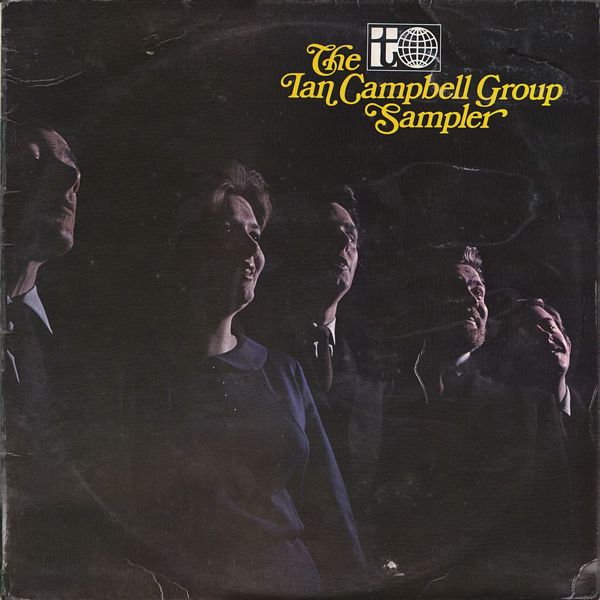 The Ian Campbell Group, though they have gone through many changes, have over the last eight years maintained a remarkable standard as one of Britain's leading folk groups. This sampler record looks back over some of their most popular early performances taken from TRA 118, Across The Hills, TRA 123 Coaldust Ballads, TRA EP 146 Highland Songs and TRA 151 New Impressions. Of these LPs, only TRA 123 is still available but if you like this Campbells sampler, why not try TRA 110, This Is The Ian Campbell Folk Group, TRA 137 Contemporary Campbells and TRA 163 The Circle Game. The Ian Campbell Group as heard on this record comprises Ian and Lorna Campbell vocals; John Dunkerley banjo, guitar; Brian Clark, guitar; Dave Swarbrick fiddle, mandola and guitar; except on "One Eyed Reilly", "The Card Song" and "Lover Let Me In" when George Watts flute, replaces Dave Swarbrick.

The Cockfight: The frustrations of the miners life were reflected in the brutal pastimes with which he exercised himself in his spare time. A hundred years ago miners went in for dog fighting, clog boxing, rat worrying and that gentleman's sport The Cockfight.

Rap Her Te Bank: "Rapping to bank" means giving the signal to draw the cage up the shaft to the surface when the last man has been counted in at the end of the shift in the mines. This song was collected by Bob Davenport in Birtley, Co. Durham.

I Know My Love: A song from the West Coast of Ireland, actually in 3-4 time. In order however to prevent the song from degenerating into an old fashioned waltz, we super-imposed a 4-4 tempo on the banjo.

Highland Widow's Lament: A Gaelic tune. In a troubled history the Highlands have known many ladies violently widowed.

Lover Let Me In: The tune is a Bosnian folksong. collected by John Dunkerley on holiday in Yugoslavia, with new English words.

Come Kiss Me Love: This song written by Ian Campbell was actually adapted from various traditional Appalachian songs with original words and ended up not so long ago, in the American Country Music singles charts, having been recorded by the American Country singer Bobby Bare.

Highland Harry is mentioned as a popular song and air in Hogg's "Jacobite Reliques". The first three verses are by Robert Burns and the other two by Sutherland.

Pay Friday: This was written in 1870 by an Elswick miner named Anderson to a traditional tune.

Mary Mild: Mary, Queen of Scots, had four ladies in waiting, all with the same Christian name as herself. Legend has it that one of them had an affair with the Queen's lover and that she murdered the illegitimate child resulting from the affair in an attempt to escape detection and was subsequently executed.

The Banks Hornpipe: A very popular tune among traditional players and dancers in the mining communities of the North Country featuring Dave Swarbrick on fiddle.

One Eyed Reilly: A re-worked version of an old forces favourite.

The Card Song: Another Army song, perhaps less notorious than "Reilly". We always find it a good song to end a live performance, so why not a record? 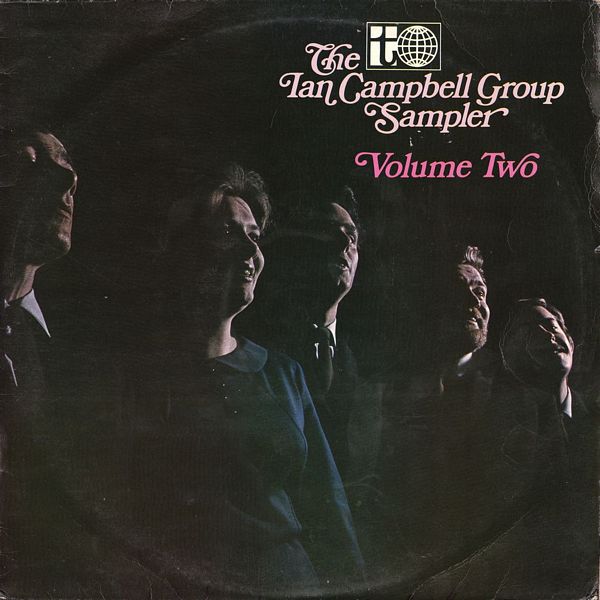 New York Gals: From "Shanties Of The Seven Seas" by Stan Hugill. It seemed that the jaunty piccolo was more suitable than the flute for this cocky tale of the young sailor taken for a ride by the Yankee lady and her flashman.

Cushy Butterfield: A very popular song in the mining communities of the North East. Words by the Collier comedian George Ridley (1834-1864) sung to the tune of the music hall song "Pretty Polly Perkins".

The Shoemaker: Brian tells me this song comes from Hertfordshire although I have encountered an almost identical version in Cecil Sharp's Appalachian collection. I remember actor Bernard Miles singing it in a film years ago, so it should be quite a well known song all over Britain. All the more strange, then, that I have never heard it sung in a folksong club.

The Derby Ram: The Derby Ram is the subject of a great many songs in the English-speaking tradition. The totemism and fertility and purification symbolism in the majority of these songs have been obscured, and the songs have degenerated into the usual "tall-tale". We used the words from a Cecil Sharp manuscript collected at Clewer in 1909, and an American children's song.

Cho Cho Losa: This is a song which we learnt from the great South African Negro singers, the Manhattan Brothers. We appeared with them at the 1963 Edinburgh Festival, and each group appreciated the music of the other. We taught them some Scottish mouth music, and in return they taught us this African "mouth music", which I understand to be a nonsense song about a train, which could well be used as a work song, by the Negro mine workers in Johannesburg who created it.

The Blind Man He Could See: This song is common all over the English-speaking world. This particular version is Irish, and was given to us by A. L. Lloyd.

Down In The Coalmine: We have used this song on an earlier record, but this is a different recording and we are quite happy to use the song again as it is one of our favourites. It is also popular with the Birmingham schoolchildren to whom we have performed it. The words were written in 1872 by stage comedian J. B. Geoghegan and have dated somewhat, but the tune is traditional Irish and timeless.

Cam Ye O'er Frae France is one of the many bitter satirical songs composed by the Jacobites about the court of George I or Geordie Whelps (Guelph). The "goose" referred to is Madame Schulenberg, Duchess of Kendal, Geordie's mistress, and the "linkin' blad" was the Count Konigsmark. The only other identifiable name is Bobbin John presumed to be the Earl of Mar, Commander in Chief of the English army in Scotland.

Aye Waukin O': One of those old Scottish songs which seem to crop up in every published collection but which contemporary folksingers seem content to leave in the delicate hands of those tartan-stoled ladies whose refined trilling can be heard so frequently on a certain type of Scottish television programme.

Can Ye Sew Cushions: This is another of those songs which fall into the same category as "Aye Waukin 0'". Scotland has many of these nineteenth century drawingroom folksongs which are frequently performed in a simpering twitter from behind a lace hanky. This style of singing is irrelevant and misleading, and often alienates the folksong enthusiast from what may be a lovely song. Although these songs have obviously undergone much restoration and refinement in their passage through the drawing room soiree, I feel sure that they are a real part of our tradition and deserve a place in the repertoire of the contemporary folksong revivalist.

Berwick Brose: Two traditional Scottish dance tunes arranged for the flute, banjo and rhythm. The one in 3/2 time is called "Come To Berwick Johnnie", and the 9/8 one is called "Brose And Butter", so it seems natural that the marriage of the two should produce Berwick Brose.

The Earl Of Moray: "On February 7th 1592 the Earl Of Moray was cruelly killed by the Earl of Huntley at Dunibrissle in Fife to satisfy King James Vl's jealousy of Moray, whom the Queen, more rashly than wisely had commended in the King's hearing with too many epithets of a proper and gallant man" (Sir James Balfour's History Of Scotland).

The Times They Are A-Changin'