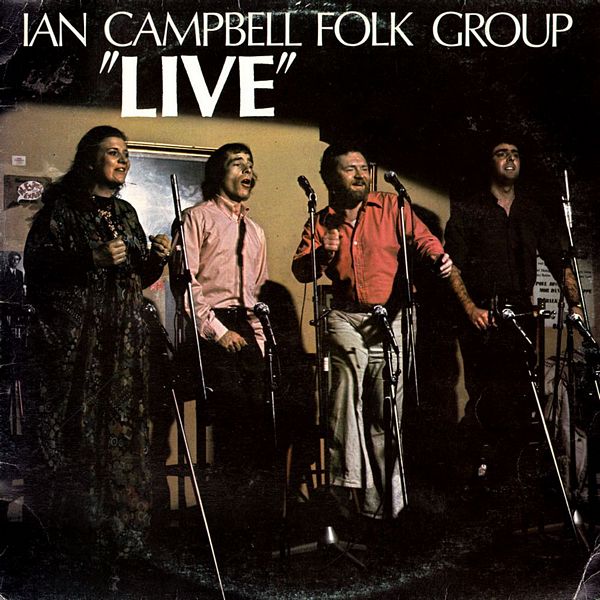 Having done it — at last I now find it difficult to understand why we released more than twenty LPs before we recorded a live performance to a club audience. It was our dear old mate Walther Klaebel of the Danish Music Centre who made the decision for us. "I know two Campbell Groups" he said; "The one on your records, which is musically disciplined, formal, a little tense; and the other one the club audiences see, which is friendly, sweaty, boozy, funny, relaxed and much wore fun . That is the one I would like to have on record." So we went with him to Aarhus, a town that holds a special place in our hearts, where Peter Max runs one of the best clubs in Europe, and there at Tagskaeget we let it all hang out. The audience there know us so well that they often make requests not just for songs but for favourite jokes, and they were so enthusiastic and friendly that they almost made the record for us. We performed for four hours and enjoyed every minute, and though we have space on this record for only a of those minutes I think if will give you some idea of what happens when, the Campbell Group and a few hundred friends get together.